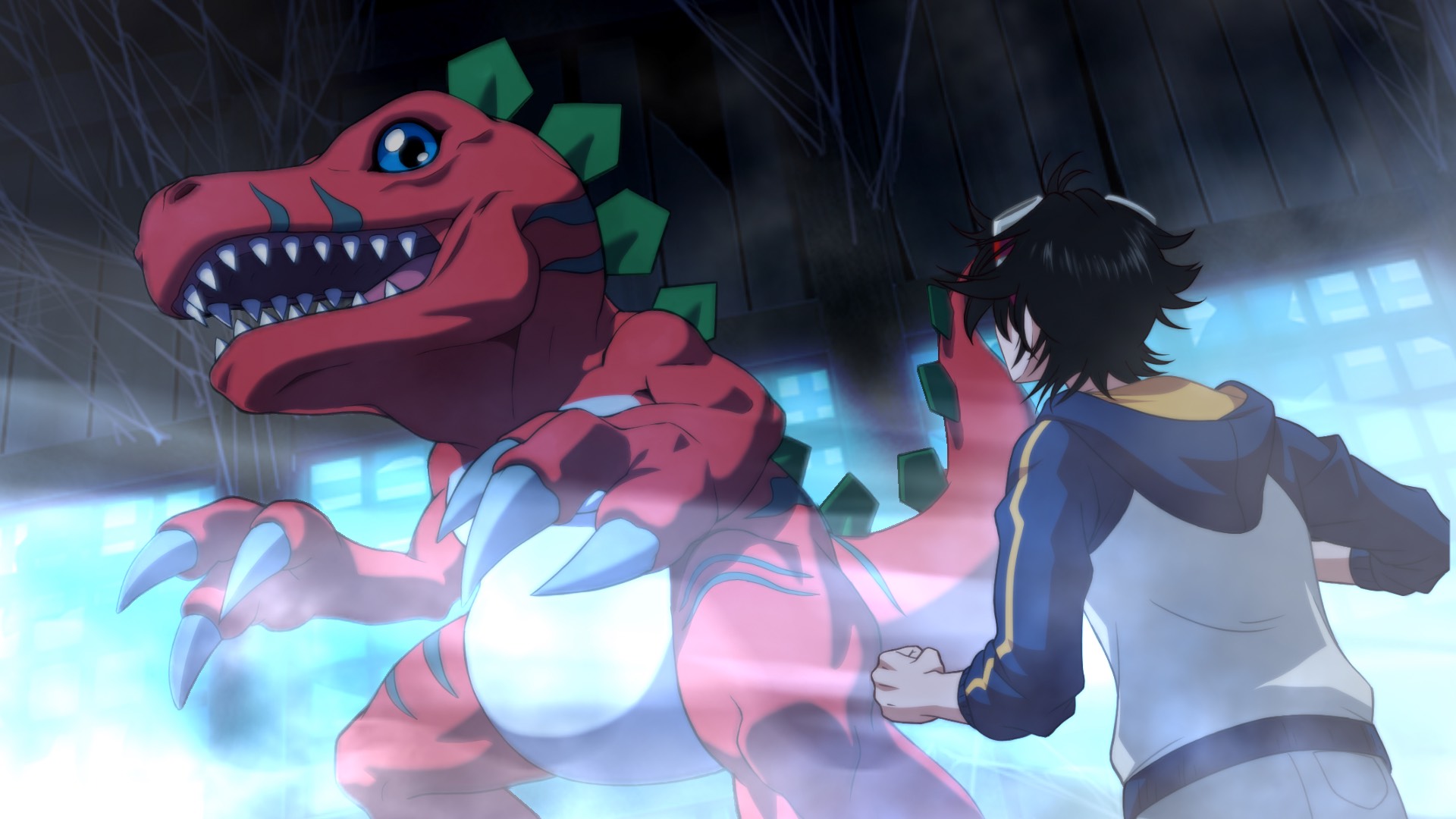 What do you get when you mix Stranger Things, Shin Megami Tensei, and classic Digimon? Hyde and Bandai Namco’s Digimon Survive is here to answer the question. While playing through this dark and unique entry in the Digimon game pantheon, I went through flurries of excitement, sadness, and frustration. The extent to which you’ll experience those emotions may vary depending on whether you’re interested in and ready to play through a visual novel and strategy game hybrid that often slacks on the tactical front.

Digimon Survive tries to provide players with an excellent story and intense tactical RPG gameplay. While it succeeds as a narrative experience, those familiar with strategy games will find the game a bit lacking. To get the most out of Digimon Surviveplayers should focus on storytelling, know when to change their difficulty settings, and be ready to learn the rules of Digimon.

A new type of digital monster

While many gamers are familiar with the extensive storytelling present in JRPGs, Japanese visual novels take things a step further as they require players to read through every line of dialogue to respond appropriately to each pivotal situation and conversation. While you might not guess it at first glance, visual novel-style gameplay is a big part of Digimon Survive. Players will have to make their way through many intricately written conversations that potentially lead to different endings, permanent character deaths, and different transformations for the Digimon partner Agumon.

«Series fans will find an exceptionally competent story worthy of the Digimon name.»

You play as Takuma, the soon-to-be leader of a group of students transported into a world of monsters called Kemonogami, which we know as Digimon. This new take on the Digimon mythos opens the door for classic Digimon to be scarier than ever and sometimes gives the series a horror-like tone Digimon games never ventured into before.

Digimon Survive‘s visual novel side had me on the edge of my seat throughout. Its entire narrative is full of discoveries and exciting moments amplified by the game’s great score and art. The character writing is a particular highlight as the theme of «children being forced to grow up» is inherently engaging. Any character deaths I caused hit me very hard, so much so that I actually had to stop playing for a moment after one of the most shocking deaths I encountered.

Like the Persona series, Digimon Survive has lots of moments where players can personally interact with and grow their relationships with certain characters. For some characters, the number of interactions players have with them determines whether they live or die and how much synergy players have with their Digimon in battle. I spent a lot of time falling in love with these characters, and a hole opened in my heart whenever they met a dark fate.

The weakest link of the visual novel part of Digimon Survive is Exploration. In these segments, players go to different locations and click around a static environment to find items and get more context about the game’s characters and world. Exploration doesn’t have the charm or intrigue of the rest of Digimon Surviveso I avoided the exploration unless it was necessary.

Those coming to Digimon Survive for the tactical RPG experience may not care for these lengthy visual novel segments. However, these parts of Digimon Survive were the highlight of the game for me, and series fans will find an exceptionally competent story worthy of the Digimon name.

If you’ve played through any of the Shin Megami Tensei: Devil Survivor titles, then you have a good idea of ​​what you’re getting into with the strategic gameplay of Digimon Survive. Battles take place on a large board where players must complete an objective, which usually ends up being to clear out the enemy team. The fun of Digimon Survive’s battles come through the various ways you can carry this out.

Digimon Survive‘s battle mechanics are very enjoyable when the game actually gets difficult enough for players to engage with them. Positioning is key, and that will get forced into your mind as you play through the game’s many battles. Not only do monsters constantly have passive perks and usable skills to fight with each turn, but each turn ends with players deciding what direction they want their monster to look in.

«It doesn’t feel like it Digimon Survive is engaging enough for fans of its battle mechanics in terms of length or enjoyment.”

A monster’s weak points are on their sides and back, so I’d typically end a turn with my back to the wall or back-to-back with an ally to avoid taking maximum damage. This also applies to enemies, so the times when I got an ally to boost my movement points so I could attack from behind resulted in gruesome damage.

The battle system is another area where the game feels a lot like classic Digimon. Not only are there elemental weaknesses and strengths like in the Pokémon series, but the Digimon triangle returns here: Data types beat Vaccine types, Vaccine types beat Virus types, and Virus types beat Data types. Digmon can also evolve and possibly change types and skillsets on the fly at the cost of SP, so there should be a great number of strategies for players to use in battle.

During battle, players can talk to opposing Digimon, and by answering questions to their liking, they may join you or give you items. Unlike Shin Megami Tensei V although these answers don’t make the Digimon feel more alive. In fact, some answers are shared between monsters. While I enjoyed the first time I talked to a monster, these mechanics had diminishing returns with each new encounter. This is just the beginning of the battle’s problems, though.

For the first eight chapters of Digimon Survive on Normal difficulty, I could just turn off my brain and constantly be on the offensive without ever being in any real danger. This led to short battles that didn’t feel engaging or substantial at all between the visual novel sequences. As a result, it doesn’t feel like it Digimon Survive is engaging enough for fans of its battle mechanics in terms of length or enjoyment. For the best experience, play on hard difficulty until chapter 8 and then switch back to Normal difficulty for the rest of the game.

Digimon Survive is a unique yet fun new formula for the Digimon series, but it’s easy to see the seams in its two-genre juggling act. While it has those rough spots, they aren’t enough to overshadow the positives the game presents to TRPG, visual novel, and Digimon fans alike. If the game gets a more polished sequel, I can see it becoming as great as I’d hoped this would be after all the delays it faced. As of now, Digimon Survive doesn’t seem like it will be much more than a cult classic.

How long will it last?

Depending on your completion rate and how much you explore, Digimon Survive will last about 30 to 40 hours. However, players can go for a Complete Survival rating, which means they saved all their partners on a second playthrough. Considering that and the game’s three endings, the game can easily last upwards of 80+ hours.

Are there any alternatives?

While the market isn’t full of TRPG visual novel hybrids like this, there are games like Shin Megami Tensei: Devil Survivor and Sakura Wars series that do this formula better than Digimon Survive. That said, Digimon Survive‘s lack of difficulty also means it serves as an excellent entry point for this genre hybrid, so check those other series out if you enjoy this.

Should you buy it?

Digimon Survive is a game that isn’t just for Digimon fans. It has a great story and hints of brilliance in the gameplay, but each person’s mileage may vary with this one. It may be best to wait for a price drop before picking up Digimon Survive if you’re on the fence.